Why do clients call us to find the best aged care facility for their loved one?

We guide and support our clients in making the difficult decision to place their loved one into care.

Mr S was diagnosed with dementia. His family thought he was ok until his son received a phone call from his distraught mother telling him his father had wandered off from home and she couldn’t find him. The Police found him four suburbs away from their home. He had no idea where he was or how to get home. His wife had a difficult job trying to care for him 24 hours a day and his son and daughter both had young families and worked full time so were unable to lend continued assistance. They urgently needed to place Mr S in a safe and secure environment. Mrs S swore she could still manage to care for him at home and he didn’t need care. His son was concerned and called Into Aged Care to find out their options. Mr S is now safe and happily settled in a great aged care home close to his daughter and Mrs S can visit as often as she likes.

We specialise in finding great homes for clients who are on a full pension without any assets. We provide accurate information to our clients so they dont waste time looking at the wrong options.

Mrs Y was living in a rented flat on her own. She had difficulty moving around and was becoming unsteady on her feet. She would only leave her flat escorted by one of her daughters who both visited daily. When they found her on the floor after a fall they knew she could not continue to live on her own. During her hospital stay, she was assessed as requiring high care. The daughters dutifully visited 10 facilities before they discovered that they were all “extra services” and this means extra daily care fees and a bond even in high care, money that they or their mother just didn’t have. Did that mean they would have to accept a place in an older facility on the outskirts of the city? How do you know if the facility is extra services prior to organising a tour? One of her daughter’s called Into Aged Care and we were able to find a new, caring place close to the city and her daughters, with her own room and ensuite and within her financial capabilities. 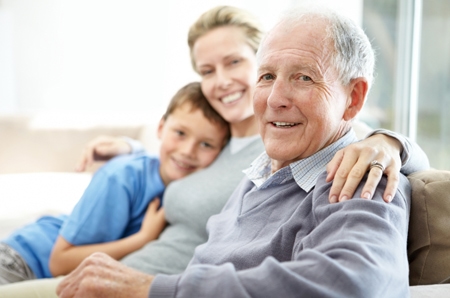 We support  those whose family are interstate and are unable to spend a lot of time looking for the right option.

Mrs A lived on her own in a second floor inner city Melbourne apartment. Her sons both lived interstate. Mrs A had dementia and was going blind. She needed a much more secure environment than she was in. Cooking was becoming difficult and her home alarm kept going off, convincing her that intruders were constantly in her home. Her sons felt helpless. After a few visits to her doctor she was eventually assessed as requiring low level care. Her son quickly discovered that it would take more than a few days visit to find a more suitable home for his mother. Both of her sons had busy jobs and families of their own how could they help their mother and not have to take weeks off work to organise it. Her son emailed Into Aged Care. We set up appointments to view several homes for Mrs A and her son and took them both around to see them. Into Aged Care worked closely with her financial adviser and together we negotiated the bond and daily care fee. Into Aged Care put the family in contact with a relocation service so her home was packed up and prepared for sale within no time, they even helped her choose which furniture would suit her new room and delivered and arranged it for her.

We support couples who want to remain together.

Mrs D was hospitalised in country Victoria. Her health had deteriorated to such an extent that she was assessed as requiring high level care. Her husband qualified for low level care. They didn’t want to be separated. After touring several facilities only to be told that they couldn’t remain in the same building let alone the same room their son called Into Aged Care. We found a home where they could be together and have both of their care needs taken care of. In fact it worked so well with proper care and nurture provided by their new home, Mrs D’s health and mobility dramatically improved to the point that she no longer required the higher level of care.

We adapt to the needs of our clients and their families and find the right aged care home regardless of complexity.

Mrs M was deaf. So were her son, grandson and daughter-in-law. Following a hospital admission, Mrs M was told that it was unsafe for her to live on her own. She was assessed as requiring low level care. How were her family going to find care for her when the only hearing member lived interstate? Her daughter-in-law emailed Into Aged Care and after a very quiet initial consultation, we quickly found a home close to her family that had other residents and staff who knew auslan. The family were kept well informed through emails.

We help our clients find options they would not have considered on their own.

Mrs C called our office as her mother had been in hospital for a few months following a bad fall. She was currently in transitional care and they had been hoping she would soon be well enough to come and live with her and her family. Her mothers mobility hadn’t improved, she was still bed bound which meant she required 24hour nursing care and qualified for high level care. She had four weeks left of hospital care and had to give the hospital social worker a list of 6 facilities she had toured and sent in applications to. Mrs C was a senior manager of her company and had small children, the facilities she toured on her own were either out of her price range or not suitable. She called Into Aged Care and we found a place for her mother promptly, in an area the family hadn’t previously considered. The idea was to switch to another home closer to her daughter as soon as a place became available. However, she loves her “large light filled corner room” so much she doesn’t want to leave and requested that we remove her name from the other facilities waiting list. 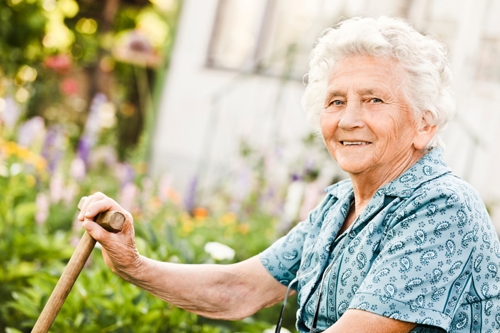 We support our clients through VCAT and guardianship lists.

Mr G had been in hospital for over 3 months. He was not allowed to be moved to transitional care or be discharged to go home because no-one was authorised to make that decision. He had been assessed as requiring high level care but was waiting for VCAT to decide if he was capable of making decisions for himself or if he needed a guardian and administrator appointed. In the interim his family needed to find a residential aged care place. They contacted Into Aged Care and we worked closely with the family and hospital social worker to find an appropriate facility and we supported his wife through the gruelling process of interviews and court attendances associated with this particular guardianship list. Mr G is now finally safe in a facility within walking distance from his wife who visits him every day.